We came across a remarkably interesting yet intelligent article about a student who delivered a thesis on Underwear. “Underwear transcends all social identities and taps right into the heart of who we are,” Chai- a fourth-year student pressed in her presentation.

Despite the mixed reaction her presentation received, we can’t agree more with her.

It makes perfect sense. Even as you are scrolling through this article, you are probably wearing some underwear. Probably!

It could be a classic brief, a French cut panty, a boxer, a trunk, etc. But the real question is – are you wearing the right one? Do you know enough to choose the best Underwear every time?

Let us tell you why it is so important!

Why choosing the right underwear is one of the most important choices you can make? 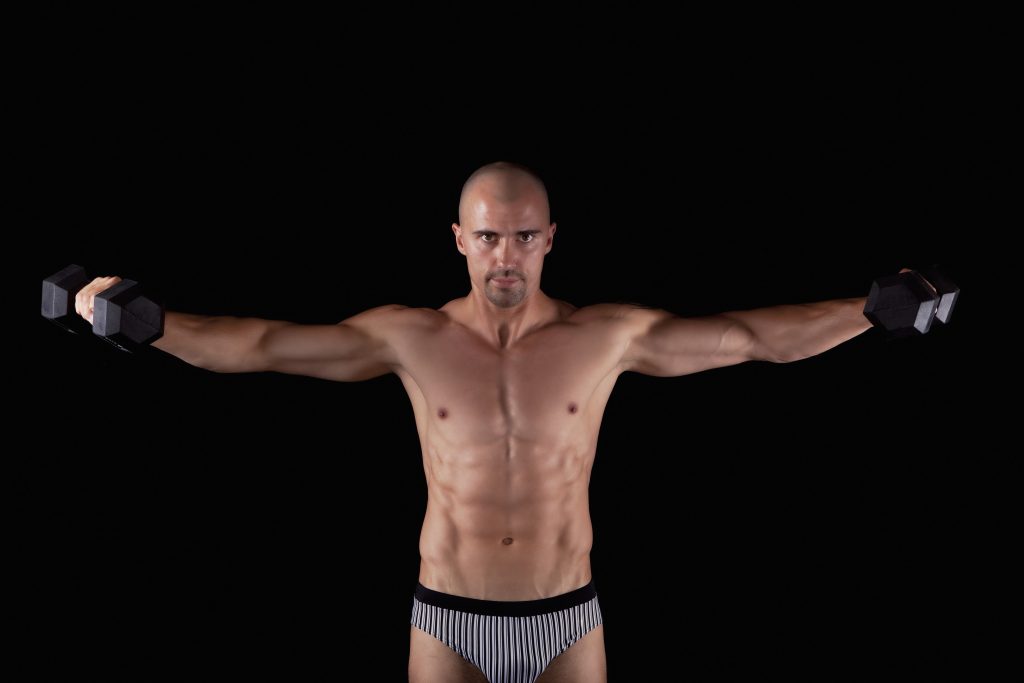 The Underwear becomes one with your skin no matter what you are doing all day. Be it working out the sales for your company or practicing the art of being a couch potato.

While the right Underwear can make your day, a wrong choice can easily break your chances of giving your best performance.

That familiar itch, the cognizance that one side of your Underwear is sinking in your flesh, do you feel like you are wearing a cage of thorns?

All of that sounds very relatable!

Well, that must be because you are just not being wise while shopping for your Underwear.

For easy identification, the right Underwear has the following traits:

That is all for the technical aspect. More importantly, you feel confident, and you perform better once you know how to choose the best Underwear.

How to choose the best Underwear for men? 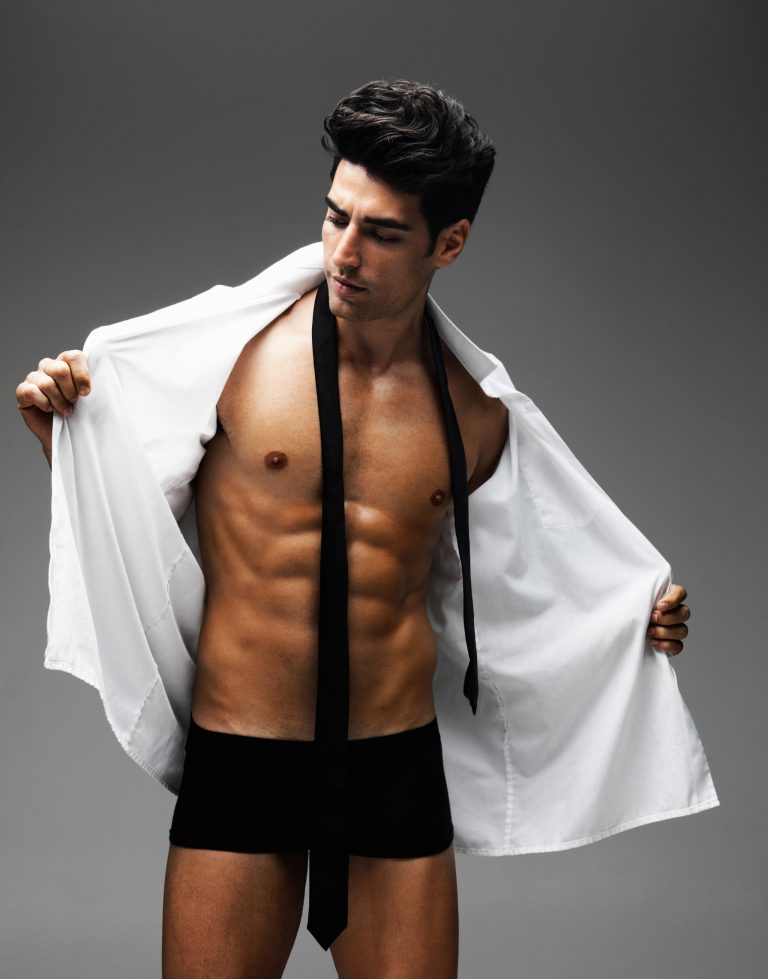 With a plethora of options in the market, it is not easy to pick the most suitable Underwear. In this section we will tell you the five tips that can help you make a better decision on underwear shopping:

1. Size and fitting should be a priority.

While various designs and fabrics do give you a broader range to make your choices, you should never compromise on the size of your Underwear. Tight Underwear can attract a lot of chafing and humidity down there. And loose Underwear with all its extra fabric will bunch up on areas where it absolutely should not be bunching.

The point is before going for the visually pleasing underwear, go for the right fit. Take your measurements before you go to an undie shopping spree. As a general rule, buy the same size of Underwear as your pants.

Factors like the seam quality, type of cut, and the pouch design have a tremendous impact on your Underwear. In term of ingenious comfort, women underwear is a bit more advanced than men. For instance, the seam is less prominent in a women’s undie because of a different knitting technique. But due to the pouch in men’s underwear, the stitching is more profound. Thus, reducing the comfort factor by a large margin.

Before you swirl into the semantics of matriarchy or the apparent bias, there are luxury men’s underwear brands that offer cut thigh openings or well-knitted seams that do not untangle easily.

3. Try on several Underwear made with different types of fabrics.

While cotton is the conventional material for undies for men who are more pro-health, you can still play with new fabrics such as silk, meshes, or leather. Leather or faux leather gives you a more dominant appeal. The mesh is best for boys who love good airflow below the belt. And silk, well satin or silk just feels great to wear.

The antimicrobial property of your Underwear is your first line of defence against many diseases.

The right fabric will pull away from the moisture from your body and dry faster than the conventional cotton undies.

A good underwear made with high-quality fabric will stretch better, keeping the loose skin in place. A good stretch also becomes essential when you are wearing fitting clothes.

4. Consider something out of the box

Several underwear brands try to bring out the humour. And some men love the funny factor in their undies. From animal or floral prints to suit boxers and men thongs. Wearing quirky Underwear can sometimes do more than you would expect to spice up your relationship. Intimacy is better when there is plenty of room for laughs, giggles, and wine (lots of wine).

5. Get underwear for every occasion

We can agree that you would never put on a trunk for your date night in a fine dining restaurant.

Why would go for perpetual one size fits all Underwear when you have so many other types to best suit the occasion?

There is plenty of room and advantages behind having variety in your underwear drawer. While cotton boxers are best for sleep, the spandex undie can be your best gym partner as it absorbs sweat well.

Best types of Underwear for Men

By now, you know the how-to’s of choosing the best Underwear. This section of the article will give an idea about the most popular types of Underwear for men.

The good ol’ men’s boxers have quite a history behind how they came to be. Regardless of the circumstance that led to the creation of boxer underwear, we are happy with its existence.

Boxers are best for the fit and athletic man. And it makes perfect sense.

Because boxers were first made for pro-boxing professionals. The aim was to give these men comfort and enough room for easy movement during a match. Boxers are devoid of elastic openings around the thighs. Thus, a boxer can make your lower body appear bulkier. That is certainly not a drawback for fit men, anyway.

Briefs are lovingly called the ‘tighty whities.’ They are the rival Underwear of the boxers. Boxers can be easily identified by an apparent Y-shaped front, which supports the crotch very well. The only downside to boxers is the fact they are size biased. While men who have a good build everywhere and down there, boxers will help them flaunt the ‘structure’ even more. But that is not always the case, is it?

The most well-loved Underwear by men and by women. Confused?

Well, boxer briefs just look better, slender, and more refined on a man. If you wear a boxer, you are up for some severe appreciation from your partner.

This hybrid Underwear lets you have the best of both worlds. The extra coverage is coverage that provides sufficient support and feels comfortable.

Boxer Briefs are undoubtedly the most multifarious Underwear among many.

Men’s trunk is a replica of boxer briefs but with less thigh coverage. Trunks are preferred because of the robust elastic property, on which even the BBs fall short off. They provide a better fit and last longer than any other type of men’s Underwear.

How to choose the best Underwear for women?

An ideal pair of Underwear for all our ladies would be an undie that doesn’t make your think too much once you put it on. We have culled our article to become a buying guide for the best Underwear for women.

Different brands might have different fits for the same size of Underwear. It is easier to find the perfect size when you measure your waist and the elevation of your buttocks.

Pro-tip: Don’t know where does your waist begins or ends? Find your waist easily by bending sideways. The crease that forms upon bending is your waist.

2. Elasticity is your underwear’s best virtue.

You wouldn’t want to keep pulling your Underwear all day because it won’t let you breathe!

Or you are tucking it back because it keeps falling off. That would be a perfect blunder, especially when you are wearing a skirt or a dress.

A firm elastic band in your undie is helpful for a lot of reasons. It prevents the fabric from bunching up in all the wrong places and doesn’t form the offensive visible panty line. Both of which are extra uncomfortable traits of wrong Underwear.

3. Tight Underwear is a big no-no!

Tight Underwear isn’t just an invitation to unpleasing bulges but also causes painful chafing and rashes. Always wearing extremely tight underwear is sure to leave some bold marks on your body. Moreover, tight Underwear does not allow your skin to breathe, which leads to some imminent health issues.

You must have read countless pieces of advice on how cotton underwear is a women’s best friend. Well, the intention is not too far from the actual truth. Cotton underwear lets your skin breathe, does not trap moisture, and won’t cause microbial or yeast infections.

While cotton underwear is an asset when it comes to comfort, it doesn’t look flattering under a dress. If you have a special occasion and must look your best, consider buying a nylon or spandex underwear. Such undies are seamless, and they don’t have an elastic band around the leg openings or the hips, which makes them ideal when you are wearing a fitted dress.

The best type of Underwear for women

Your butt size is as varied and complex as your breast size and shape. Then why do we stress more on the ‘perfect’ bra and leave the undie fare alone?

You must be well aware of the saying, ‘don’t get your panties in a bunch.’ That statement is still justified because a wrong choice on your Underwear can ruin your day. 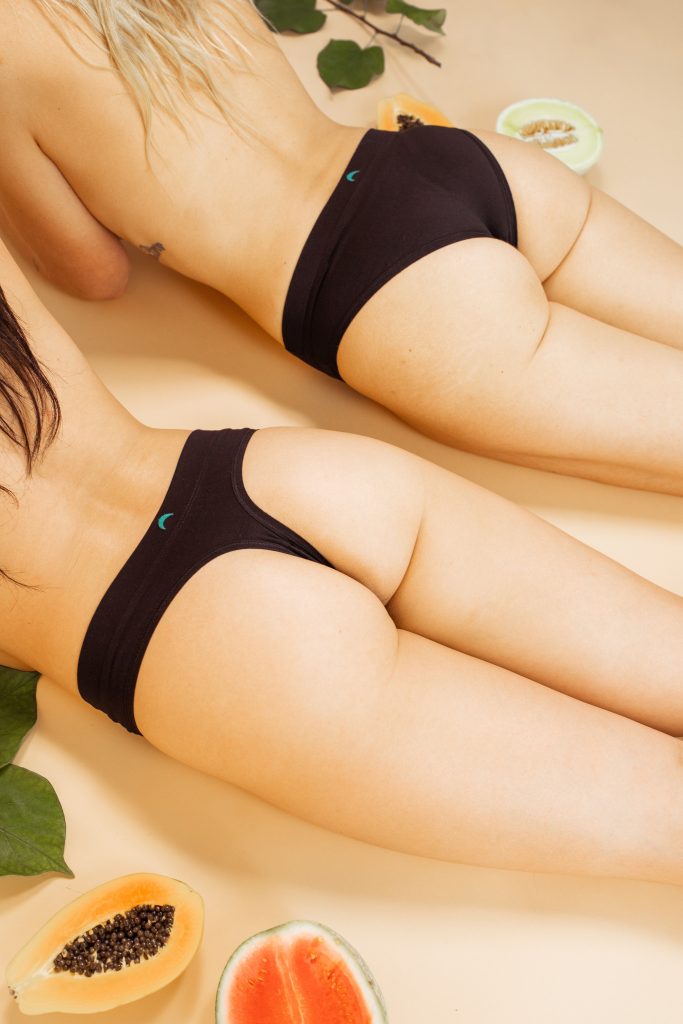 Here are the 4 best types of women’s Underwear that you will fall in love with:

Thongs are designed to provide the right amount of coverage. Thongs are fantastic when you wear fitted clothes, but they can be uncomfortable if you don’t find the right size.

Before you jump to conclusions about the name of this women’s Underwear. The hipster underwear was named so because of its hip-hugging property. It sits a few inches below your waist and has lower leg openings. Hipster women underwear come in a variety of fabrics and styles, including cotton, mesh, or lace.

Bikinis are remarkably similar to men’s brief Underwear. The waistband of a bikini sits three inches below your waist. It has high cut leg openings. You can choose between several bikini variants such as string bikinis, cotton, nylon, and microfiber bikinis in terms of fabric. Bikinis are known for their versatility, and they look fantastic with any kind of garment.

The boy’s shorts’ underwear predecessor was men’s brief, which explains its structure and design. They are more rectangular than most types of Underwear. Boys shorts are best for ladies who value comfort. They are available in different fabrics, including cotton, microfiber, and nylon. Boys Short should you be your go-to Underwear if coverage is what you are looking for.

In the end, comfort follows the law of relativity, and so does the type of Underwear you prefer. And why not, when you have such a broad spectrum to make a choice. It is only fair that you have more preferences. If you choose right, you can find value in kind of Underwear.

Kathy is the Chief Editor at UndyWears - the premier resource for underwear related information. She graduated from University of Colorado Boulder as a Women and Gender Studies Major, and she used to write professionally for nationally acclaimed publications in gender and sexuality. She's always had a naughty fascination with different underwear designs, and is always on the lookout for the newest undies for her boyfriend too.

2 thoughts on “How to Pick The Best Underwear type for your body type (Both Male and Female!)”