A question like “should men wear thongs?” is being increasingly asked over the past few years. But the truth of the matter is that the topic of underwear for men is very controversial. There are so many options for women out there, right? So why can’t men too have a go at it!

Men wearing thongs is a subject often synonymous with homosexuality. To be honest, I don’t understand this stigma. Nor do I agree with it. As far as thongs for men are concerned, they feel nothing but comfortable. So why are thongs so comfortable? 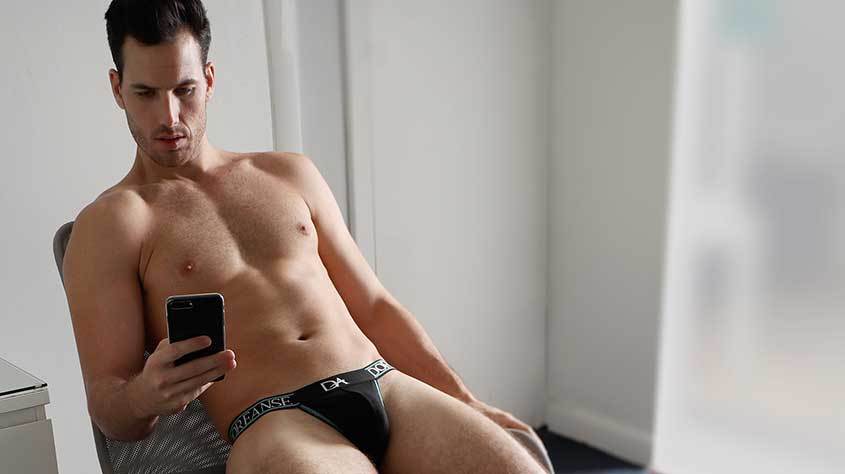 The bare minimum version of underwear comes in the form of thongs. For both men and women! The construction consists of fabric connecting the waistband to the pouch at the back. Meaning your tush is fully exposed.

Those with a fetish for underwear go for thongs. Or if your outfit of the day consists of extra-tight jeans, then you don’t need to stress about visible underwear lines. It’s a better option than going commando too you know.

In terms of support, thongs may look minimal but they’re abundantly supportive. Thongs offer all the support your junk demands down there. And, most importantly, nothing else gets in between your man parts and your clothing.

Thongs don’t have underwear lines. This means you’re free to wear tight or lightweight pants. You get to prevent all that extra bulk often accompanied by regular underwear. So if that’s possible, then why not make the most of such a comfortable alternative? 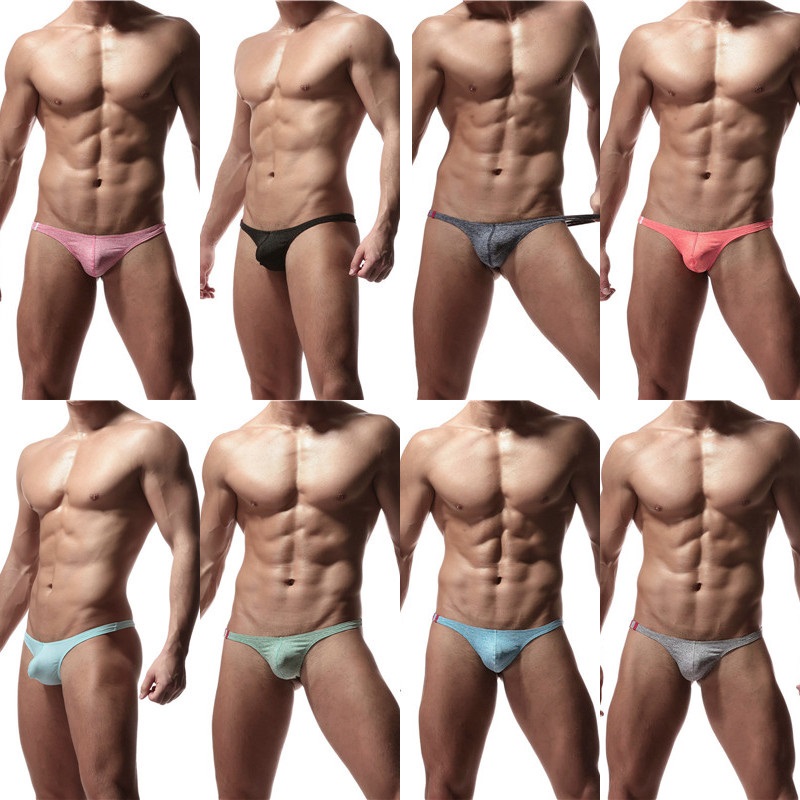 Needless to say, thongs appear as very seductive underwear. You get the wonderful opportunity to put on display your cheeks. There’s almost no fabric covering that area. So you can indulge in a little bit of teasing and enticing your partner. At the same time, this lack of fabric means no more underwear lines showing through your tight jeans or pants.

Thongs are hidden undergarments. They create that perfect seamless, smooth look around your butt region. Much like you haven’t put on any underwear in the form of briefs or boxers at all.

The least amount of fabric also welcomes more comfort and freedom down below. And this feeling is what keeps you going back to thongs.

The front fabric covering is more than enough for keeping your manhood well-supported. And at ease throughout the day. So you can wear a thong to work without thinking twice about factors like comfort as well as support. You’ve got the perfect answer to the question, should men wear thongs?

If you’re comfortable with how to wear thong as a man, then you’re bound to feel super-sexy in your undergarment. And when that’s the case, there’s nothing more confidence-boosting than that!

Thongs are a great way of picking up sex appeal. And they make sure it remains on a higher level. That’s the beauty of the lingerie industry for women. So why should only women have all the fun, right?

All Men Should Embrace Thongs, No Matter Their Sexual Orientation 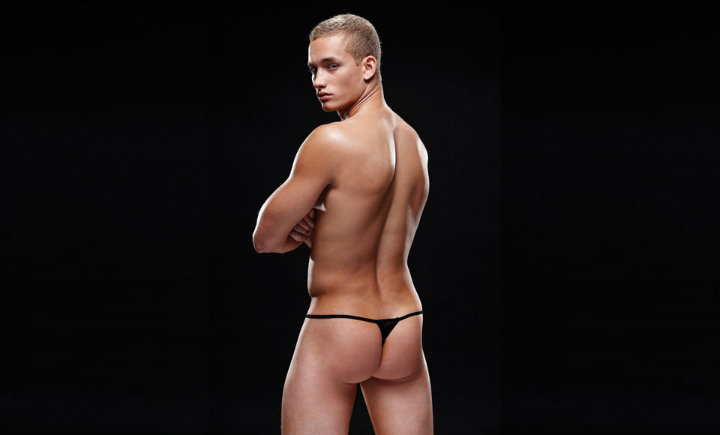 It goes without saying that thongs provide both good coverage in the front and comfort all over. The former, in particular, sounds enticing given the misconception that thongs don’t keep the boys in place. And that thongs don’t allow your genitalia to breathe. None of this is true by the way.

It is if you put on women’s thongs!

I mean yeah it is a bit awkward and uncomfortable to wear thongs for the first few times. I mean your manly parts down there are used to boxers and briefs. But that doesn’t mean there’s something wrong with the underwear. Let me also bring to your attention that when you allow your butt cheeks to breathe, your skin also benefits.

Now you know why so many women love wearing thongs. And I can think of no reason why some men feel the need to stigmatize the undergarment. You might take some time to get acquainted with the fit and form of thongs. However, once you do, the comfort, support, and practicality of the underwear offer long-term benefits.

Speaking of stigmatizing thongs for men, they’re ranked as the least “macho” undergarment. Many men don’t buy thongs or even talk about them because it all sounds “gay” to them.

Firstly, there’s nothing wrong with any form of underwear being “gay”, if that’s even possible. And secondly, women don’t have a problem with men being in touch with their confident sexy side. In fact, the majority of women dig that.

Have you watched the movie “Magic Mike”? If not, then you should. The movie is proof that women love men in thongs. And there’s no need for you to be a stripper to wear thongs. Although there’s nothing wrong about being a stripper as well. All I’m saying is that wearing thongs is a very regular thing.

Thongs can provide a boost to your manliness in the sense that they make you feel confident in unimaginable ways. Thongs are a way of expressing how proud you are of your body. Especially your manly parts down there!

So should men wear thongs? Well, they definitely should. And that too without worrying about the underwear not being able to provide support and comfort.

If you’ve never tried a pair of thongs, then it’s common to ask such questions. But thongs are becoming increasingly popular. Now that men are starting to feel more confident about their manhood! And that’s great news, isn’t it?

Thongs are incredibly comfortable. And the best part is that they offer all the support your boys need down there. The modern designs of today are suitable for both workwear and casual wear. You can keep the underwear on throughout the day. Plus, they’re super-hit in the bedroom too.

To be honest, I don’t like using the phrase “beauty with brains.” In my opinion, it’s a very sexist thing to say about women. However, in the case of thongs, it doesn’t sound offensive. Therefore, thongs are not just beauty, they’ve got plenty of brains too. Obviously, in the form of tons of comfort and support for your genitalia.

Kathy is the Chief Editor at UndyWears - the premier resource for underwear related information. She graduated from University of Colorado Boulder as a Women and Gender Studies Major, and she used to write professionally for nationally acclaimed publications in gender and sexuality. She's always had a naughty fascination with different underwear designs, and is always on the lookout for the newest undies for her boyfriend too.

1 thought on “Should Men Wear Thongs? Are They Comfortable? (All You Need to Know)”